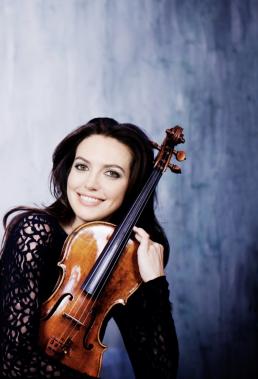 Canadian violinist and violist Sarah McElravy is enjoying a diverse international career of concerto, recital, and chamber music performances. Acclaimed in Europe, North America and Asia, Mrs. McElravy appears as soloist in the 2018/19 season with the Moscow Philharmonic, St. Petersburg Symphony, Bayerischer Rundfunk Chamber Orchestra, Innsbruck Philharmonic, Kristiansand Symphony and Naples Philharmonic conducted by Julian Rachlin. Furthermore, she will perform the UK premiere of the Penderecki Double Concerto for Violin and Viola with Julian Rachlin and the Royal Northern Sinfonia conducted by Alexander Joel, and she will also perform Strauss’ Don Quixote with Boris Andrianov and the Russian National Orchestra under the baton of Dmitri Jurowski. In chamber music, Mrs. McElravy can be heard this season at the Palais des Beaux-Arts in Brussels, Lauenen Chamber Concerts, Turku Festival and Théâtre des Champs Elysées in Paris.

Mrs. McElravy studied with Paul Kantor and Stephen Rose at the Cleveland Institute of Music. She subsequently completed a two-year graduate string-quartet-in-residence program at Yale University’s School of Music, mentored by the Tokyo String Quartet.

Mrs. McElravy plays on a Ferdinando Gagliano violin from 1791 and a 1785 Lorenzo Storioni viola on loan to her courtesy of the Dkfm. Angelika Prokopp Privatstiftung in Vienna, Austria.