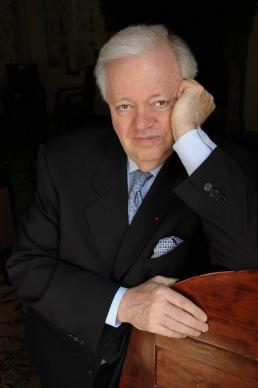 The exceptional career of Philippe Entremont began at the age of eighteen when he came to international attention with his great success at New York’s Carnegie Hall playing Jolivet’s piano concerto and Liszt’s Piano Concerto No. 1. Since then, he has pursued a top international career as a pianist, and for the last 30 years, on the podium as well.

He has been Music Director of the Vienna Chamber Orchestra during 25 years and is now his Laureate Conductor.

Philippe Entremont, in the 2013-2014 season, guest conducted European and American orchestras as well as performed numerous piano and chamber music concerts. He also toured the Vienna Concert-Verein in the United States.

Philippe Entremont has directed the greatest symphony orchestras of Europe, Asia and America and has worked with the world greatest soloists, both instrumental and vocal.

In 2015, Philippe Entremont appears in Mexico, in Europe and in USA during an autumn tour with theMunich Symphony Orchestra.

In 2016, Philippe Entremont will play in Europe, in Buenos Aires, in USA to name a few...

The École Normale Supérieure de Musique in Paris - Alfred Cortot - asked him to create the Chamber Orchestra of the School with whom he gave their first concert in may 2015. The experience is renewed for the year 2016.