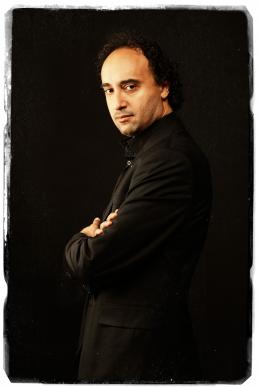 Mario Hossen received his musical education in Sofia, Vienna and Paris. He made his debut as a soloist with an orchestra at the age of eight. His teachers included great pedagogues such as Gérard Poulet and Michael Frischenschlager. Mario Hossen is the artistic director of the Camerata Orphica, Varna International Music Festival and founder of the International Music Academy Orpheus in Vienna. Hailed for his incredible virtuosity and charismatic stage presence, Hossen plays a repertoire that ranges all the way from Renaissance music to Classic music to contemporary works and Jazz. As a concert soloist of international acclaim, Mario Hossen has performed with renowned orchestras such as the Academy of St. Martin in the Fields, the Vienna Chamber Orchestra, the English Chamber Orchestra, the Tchaikovsky Symphony Orchestra, the Bruckner Orchestra Linz, the Orchestra della Scala di Milano, the Royal Philharmonic, the Orquesta Sinfónica del Estado de México, the Prague Radio Symphony Orchestra, the Sofia Philharmonic and the Nordwestdeutsche Philharmonie.

The complete oeuvre of Paganini for solo violin and for violin and orchestra will be released as a historical-critical edition by Doblinger Music Publisher- Vienna. Several highly acclaimed CD's with the World Première Recording of some of the most famous works by Paganini in their original version were produced by the leading italian CD Label "Dynamic" Genova. Mario Hossen plays a violin by Giovanni Battista Guadagnini, 1749, on loan from the Austrian National Bank collection and is a brand ambassador for Peugeot. Hossen plays all concerts exclusively with his preferred strings, the Vision Titanium Solo strings manufactured by Viennese company Thomastik-Infeld.