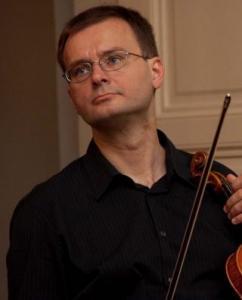 From 1988 until 1998 Ludwig Müller was member of the Arcus Ensemble Vienna and performed in Europe, Israel, Japan and the US and the ensemble had its own annual concert series in the Konzerthaus in Vienna.

On the occasion of the opening of the Arnold Schönberg Center Vienna in 1998 Ludwig Müller founded the Aron Quartett Vienna which was the ASCs quartet in residence for10 years with ist own annual concert series.

Ludwig Müller is founding member of the Korngold Ensemble Vienna.