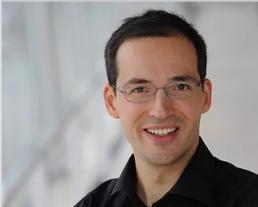 Hartmut Keil, who was born in 1978, was engaged at the Frankfurt Opera from 2002 to 2016. In addition to all the great Mozart operas, he conducted a wide repertoire, ranging from La Traviata, Un ballo in maschera, Hansel and Gretel, La Bohème and Tosca to Lohengrin and Ariadne on Naxos.

From 2003 to 2012 he was musical assistant and study leader at the Bayreuth Festival, where he also performed several Wagner operas in childrens' versions.

As a guest, he conducted the premiere of Der Sandmann by Andrea Lorenzo Scartazzini at the Frankfurt Opera in September 2016.

In April 2017 Hartmut Keil directed the premiere of Il tabarro / Gianni Schicchi at the Theater Bremen.

Since the beginning of the 2017/18 season, he has been engaged as first Kapellmeister at the Theater Bremen and made his debut with the premiere of Rusalka in November 2017.

The CD "Lebt kein Gott" with works by Beethoven, Weber and Wagner, which Hartmut Keil recorded with the tenor Norbert Ernst and the Brandenburg State Orchestra Frankfurt, was released by Decca.