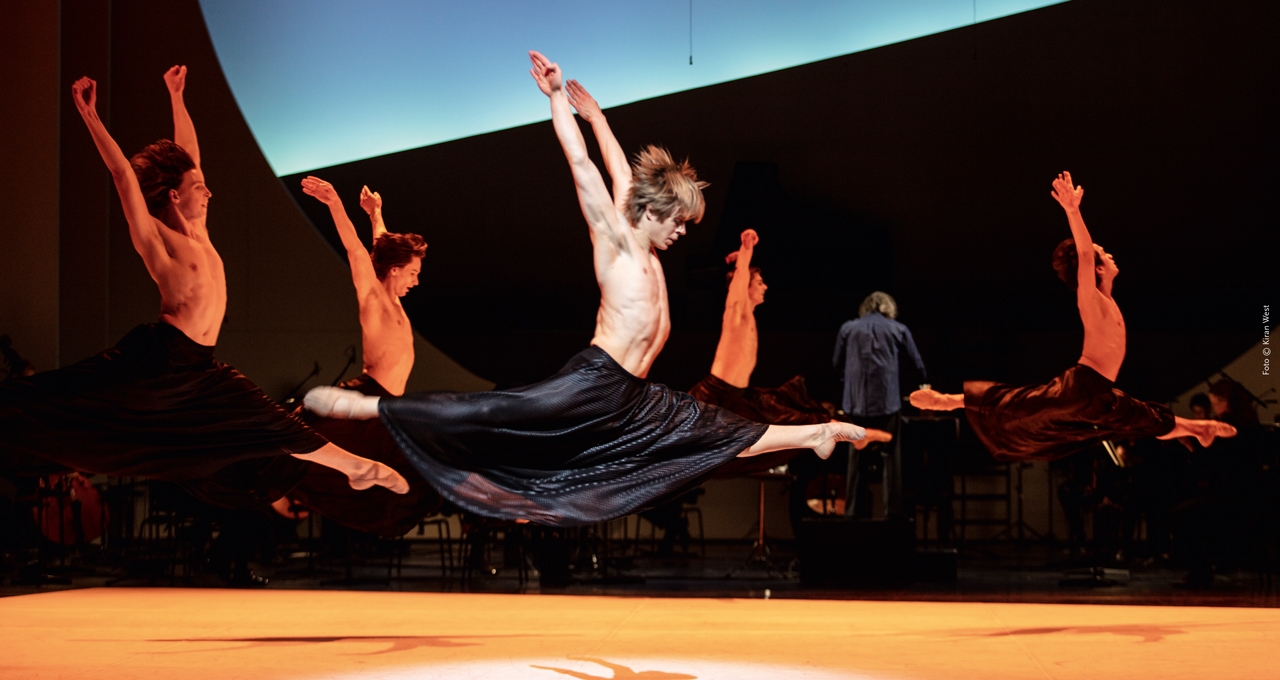 
Ludwig van Beethoven's music began to play a role in the work of choreographer John Neumeier only late. His Beethoven project I premiered in 2018, and it was to be continued in the commemorative year of Beethoven's 250th birthday in 2020. In this Beethoven Project II – which was only premiered in a new conception in 2021 due to the pandemic – Neumeier brings together in the first part works from the time of the Heiligenstadt Testament (1802), the Violin Sonata No. 7 in C minor and the Piano Sonata No. 21 in C major, combined with excerpts from Christ on the Mount of Olives. The second part is dedicated to the Seventh Symphony (1812). Neumeier wanted to understand Beethoven's music beyond the myth: "I bring it down from this pedestal – the music becomes intimate. It is no longer just the work of an admired master, it has to become something very close – for me personally, so that I can work with it. Just like my first full-length Beethoven ballet, I regard the new creation as a project: there is no retelling plot, it is not a choreographic portrait, nor a purely symphonic work. Beethoven Project II is based on the fascination and connection of a choreographer to a great musician, with a selection of works that suits him. These works may give an idea of biographical fragments; through the improvisation to this music, I experience it at the same time as ingenious dance music – a music for dance in its purest form." References to Beethoven's biography were incorporated into his interpretation of the parts from Christ on the Mount of Olives: "The oratorio represents an inner struggle and a prayer of Jesus that the Passion should not take place. This can be interpreted as Beethoven's own prayer, composed at a time when he realized that he would lose his hearing for good. Like Christ, he seems to ask in his music that this cup may pass him by." For Neumeier, on the other hand, the Seventh Symphony is deviant of concrete meanings: "The work is considered Beethoven's most dance-like symphony, which is most based on rhythmic impulses. Therefore, any thought of a narrative plot is outlandish. My choreography is a tribute to the origin of dance."